By Antrepo Design Industry (not in production) 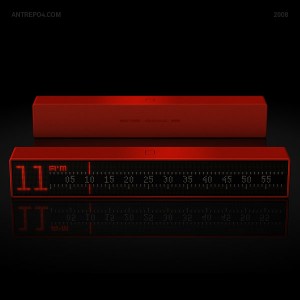 This clock is not in production, but hopefully it will be soon. I love this design - it is something between a linear radio tuner and a ruler. According to their official blog: “Antrepo Design Industry is now in a research process to find a partner company that will cover the costs of production (Both of them).” I’ve pestered ThinkGeek asking them to look at production too - hopefully someone will pick it up. 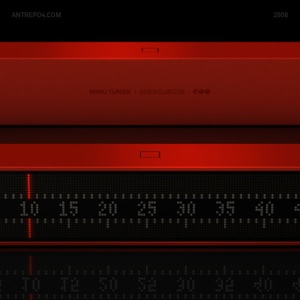 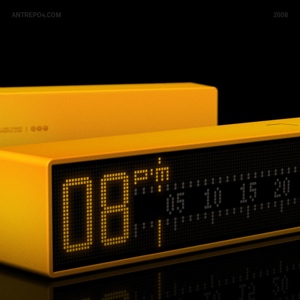 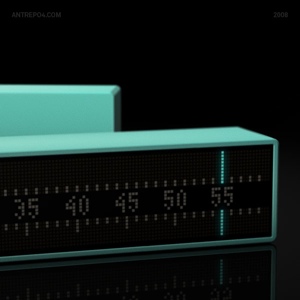 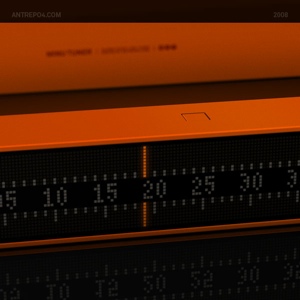 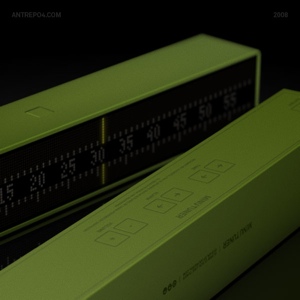 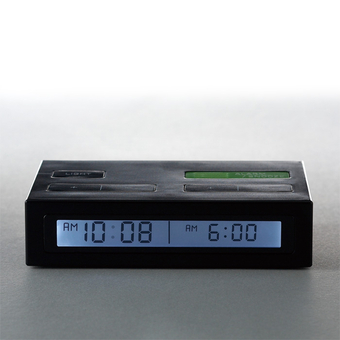 This clock just makes sense. There isn’t any retro-steampunk-vacuum-tube display. There isn’t any innovation in the way that time is displayed. Instead, there is just a great interface and clean lines to define this clock. The focus is on utility with an unusual two display layout. One shows the current time and the other shows the time for the alarm. 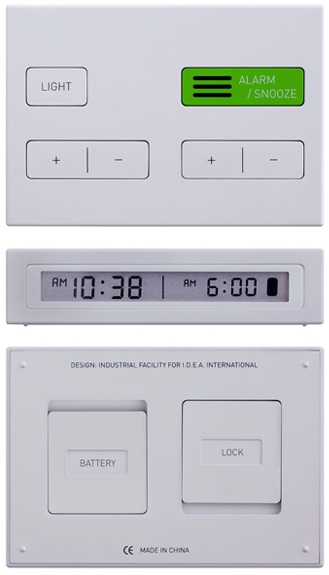 “The design is informed not by the shape but by interface. The ambition was to create a digital alarm clock with such simplicity that it would render a manual unnecessary.” However, there is a manual included that has only this diagram in it.: 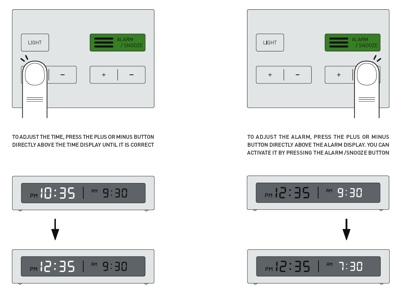 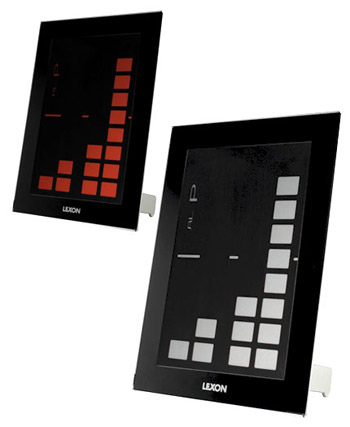 This is one of those clocks, like the Think Geek Epoch Clock, that you would get simply so that no one else could read it. This clock is made out of plastic with a glass face covering the display. In the photo above, each block represents one unit. So, the time reads 12:38. It is all powered by two AAA batteries and looks pretty simple to setup. There even appear to be brackets behind the display so you can set it up like a photograph in a frame. It isn’t an oh-my-god-I-have-to-get-this clock…but it would go well in your average IKEA furnished apartment. 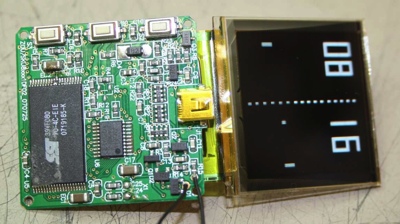 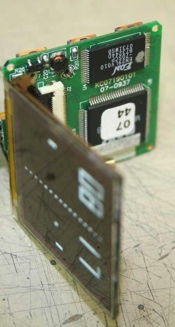