A cool new device landed in our post box this morning: The "Azevedo nwts". 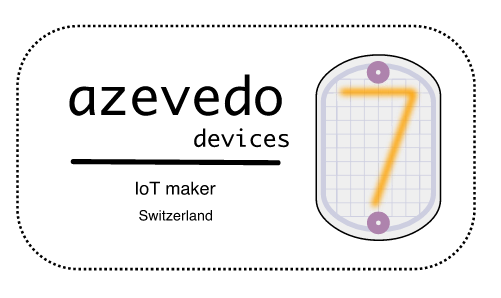 This little gadget is an interface between Internet atomic clock time sources (using the NTP protocol) and clocks which have a GPS input.

GPS is a stable, accurate time source, but was really designed for "clear sky" use, meaning that it works best outside of your home. Where I live, I have trouble getting a reliable GPS signal when I move a clock away from the window. The "Azevedo nwts" solves this problem, by providing a GPS compatible signal, but getting the time from your WiFi network instead of a GPS satellite. The "Azevedo nwts" works with any device which uses a GPS signal, but has so far been tested with:

The "Azevedo nwts" that we received is a pre-production model, and the device will go into production in the very near future, as a co-operation between between Azevedo Devices and Mr.Nixie

We will be doing build review of the pre-production device that we have, and a full review as soon as production starts. Watch this space! 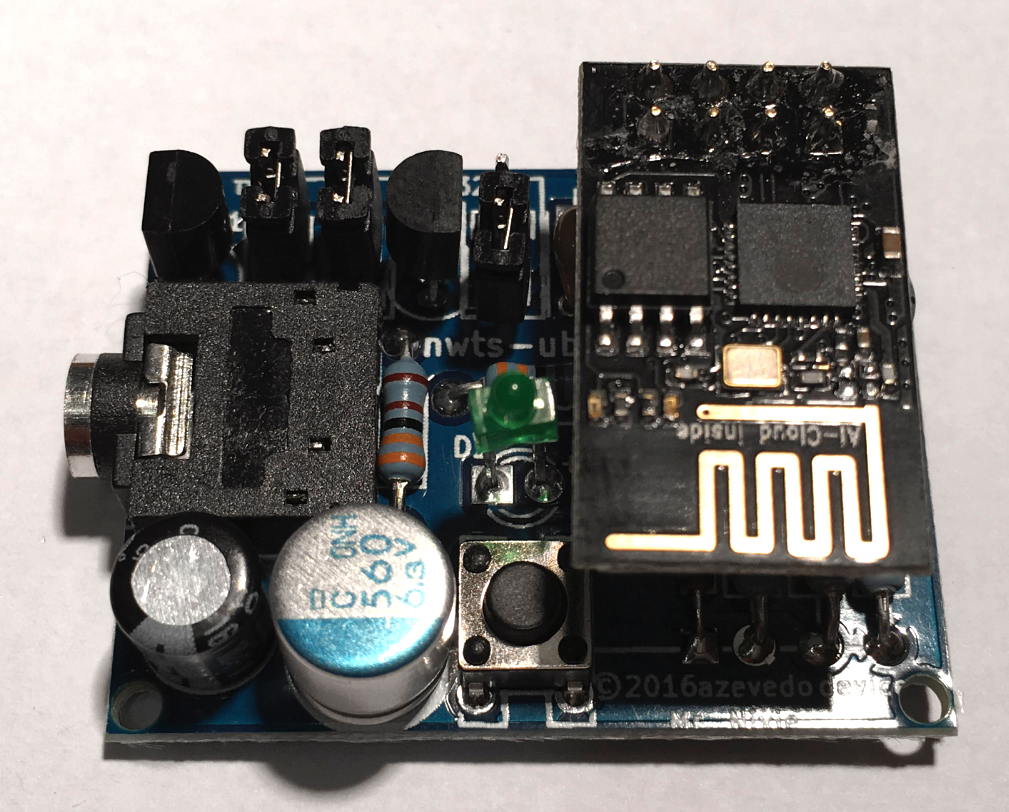 You can find some background to the design process at https://twitter.com/azevedo_devices

It’s time for a change.

Brian Stuckey started this website around 2009 shortly after he purchased his first Nixie Clock from Jeff Thomas (R.I.P.) He was instantly in love with the antique display technology and became a collector. Since starting this website, things have moved on and he does not have the time to maintain the site any more.

I offered to help out because I hated seeing the site stagnate, and so Brian and I made an arrangement that I will take over the daily running of the site to keep it updated and an interesting place to be. I sincerely hope that I will be able to keep up the high standards and will strive to keep the same values that Brian had when founding the site: that it is an interesting, informative, open place for Nixie and VFD enthusiasts to meet and exchange ideas.

Here is one more gadget that Bob C. found. This is not a vacuum tube device but I'm pretty sure that you'll like it; it is probably the most unique watch that I've seen. It is a watch that uses belts with numbers painted on them to display the time. Watch the video to see it in action.

Bob C just sent in a cool clock featured on Hack a Day - it is a clock made out of antique display technology.  The digits are written out on a long strip and then are wound on two rollers.  The digits are changed by winding the appropriate spool to expose the desired digit. This creates a neat effect that really can't be replicated an other way.  Be sure to check out  hackvandedam.nl for more info. [via hack a day via Bob C.]

If you haven't stopped by the forum lately, Jürgen posted an update for his impressive edge-lit display. Check out the photo below and be sure to stop by this thread to ask questions.  Just imagine this beast with RGB LEDs in a clock :) 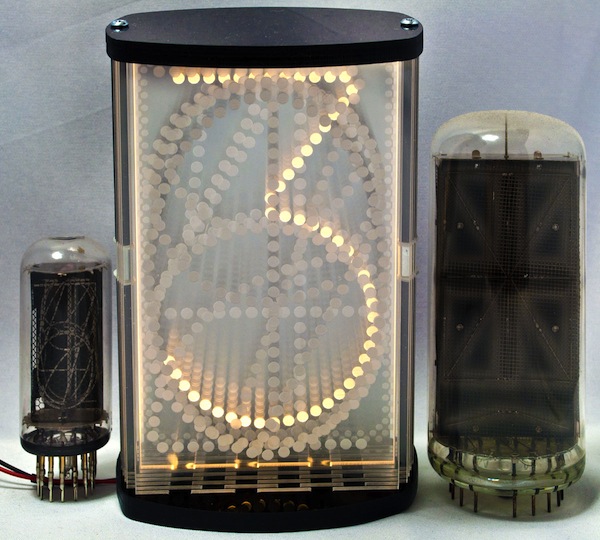