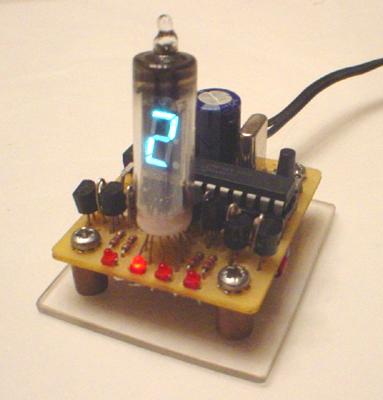 This one is almost identical to the Numitron version, but instead this uses a VFD display.  As he did for the Numitron version, Jon graciously provides both the schematic and the code for the PIC microprocessor on his site.  It uses the same 4-led + tube setup with the LED's indicating the digit currently displayed and the tube showing the value. 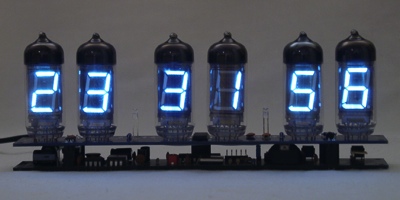 I just found this clock while doing a Google Image search for something completely unrelated. It appears to be by eBay seller Sparkeltube. It is a 6 discrete digit VFD based clock. It has two alarm and a built in buzzer. But let’s face it - you’re buying this for the display :) I love this thing - I want one! 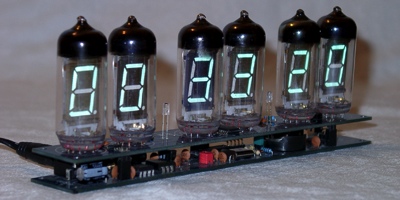 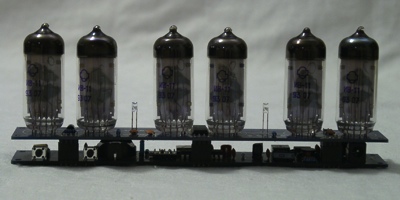 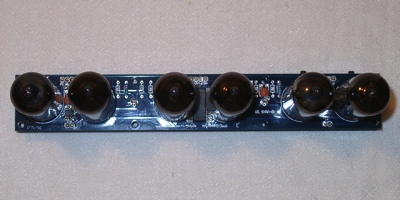 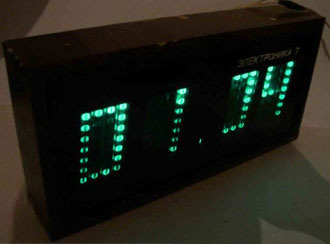 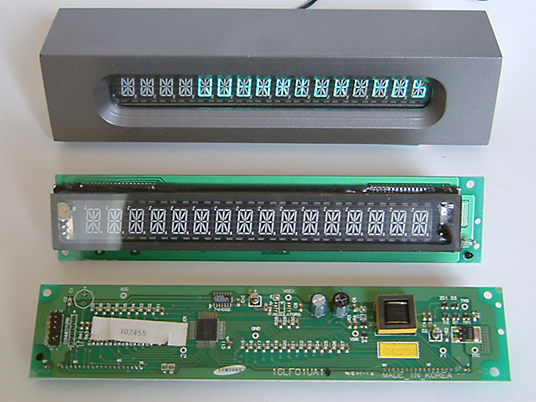 I found this clock while searching for clocks to feature and reminds me a lot of the Verbarius clock.  It is a large VFD display that spells out the time and appears to be able to display other information.  Sadly, it seems that only four of these clocks were ever made.  Go check out Clock-It now, he has some good stuff there.Samsung VFD display in grey metallic finish case.

This clock was made in conjunction with a friend, Andrew Jardine, who also introduced me to PIC programming, which opened up a whole new world to me. At last I can make my electronic dreams come true… maybe.

Not much to say about the case, it is a minimal shape made from thick polycarbonate to house the displays and my driver board that sits on the back of it. As the display itself runs off 5v and has all the necessary components to make the display work, all I needed to do was feed it serial data and off it went.

The aim of this clock is to display words much as a person speaks when you ask them the time. About six o’clock, nearly half past six, that kind of thing. So it approximates to the nearest ten minutes and gives an appropriate response.

In addition there are a few other modes. A static rather than scrolling clock, one that dissolves snowflakes into the characters.

I have made four of these clocks. Andrew has one, two have been sold and I kept one.

I have a small quantity of the displays left and Iintend to expand the repertoire of words with an EEPROM.

Originally from Clock-It (be sure to check out the video of it in action.)