This little device comes to us from NixieKits.eu.  It is a dual triode headphone amplifier from based on surplus Russian military tubes.  This is a largely subjective review but I’ll do my best to stay as factual as possible.

Each new gadget from NixieKits.eu has a more refined enclosure than the previous and this is no exception.  The device is made out of (what appears to be) laser cut acrylic and has a very solid feel.   The panels are slotted and fit together nicely and give the entire device a solid feel. 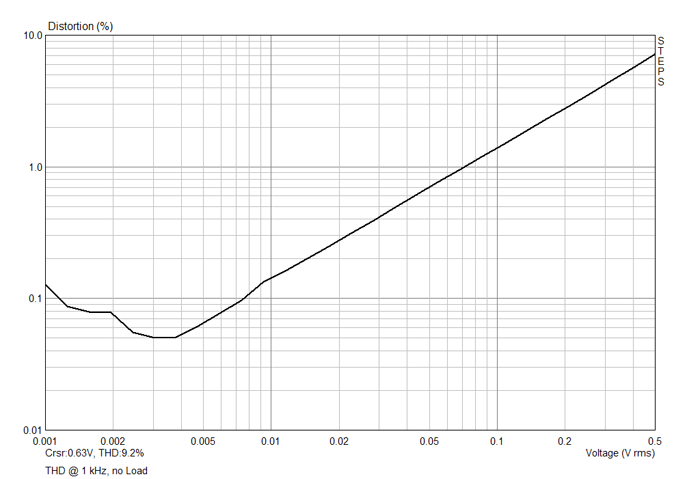 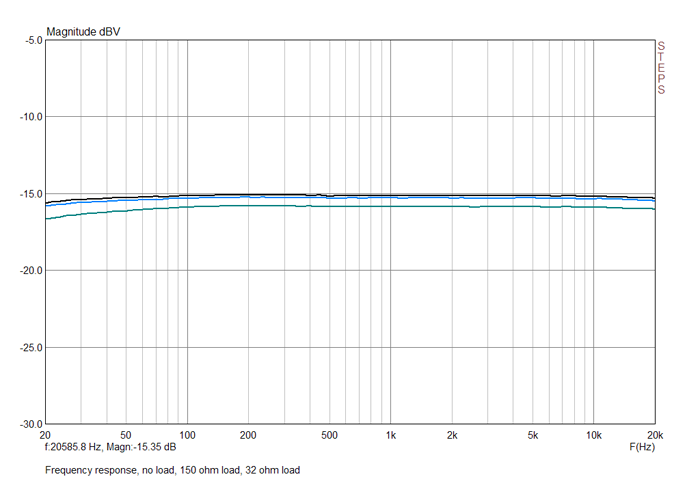 As far as testing the device, I performed 12 distinct tests.  The sample songs were ripped from a CD and stored in a lossless format and then loaded on to the three test devices.

The source devices used were an iPod (2010 160GB), an iPhone 4s, and a MacBook Pro (early 2011) with a Behringer F Control FCA202 DAC.  The headphones used for testing were the original iPhone earbuds and a Sennheiser 5xx series open headphone.

The scale below ranges from -5 to +5 and is in subjective units.  Higher is better and lower is worse.  The scale is centered on 0 given (iPod, no amp, ear buds).  This combination I believe covers the larges portion of the population and so a number higher than this (0) sounds better.  A number below this sounds worse.

The results are not too surprising.  The best combination is the laptop with the headphone amp with the Sennheisers.  However, in EVERY CASE, the headphone amp helped by at least one subjective unit.  In my opinion, if you already have a nice set of headphones, you will probably benefit more from this device.

To test distortion, I played a techno song with a deep and loud baseline.  I compared how it sounded coming directly from my computer versus from the amplifier and the difference was notable.  The song was clearer at louder volumes using the amplifier than it was without.  I played with a few other demo songs that Jürgen sent me and the results were similar.

As far as the “warm” sound of a tube amplifier it is there.  If, like me, you only grew up using more modern designs, it may sound foreign at first.  It is not very pronounced but if you know that it is there, you can hear it.  For things like an acoustic guitar, I really like the results.  For piano solos, things sound a little muted but not in any bad.  This is completely subjective and depends on your preferences.  I can say, however, that since I received this device, I have not disconnected it from my system! 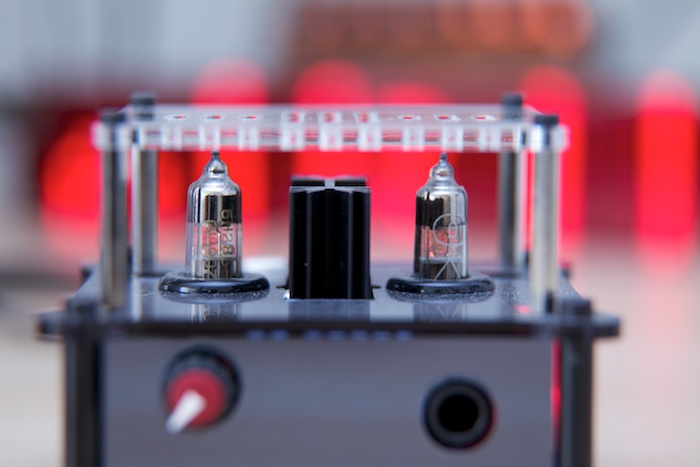 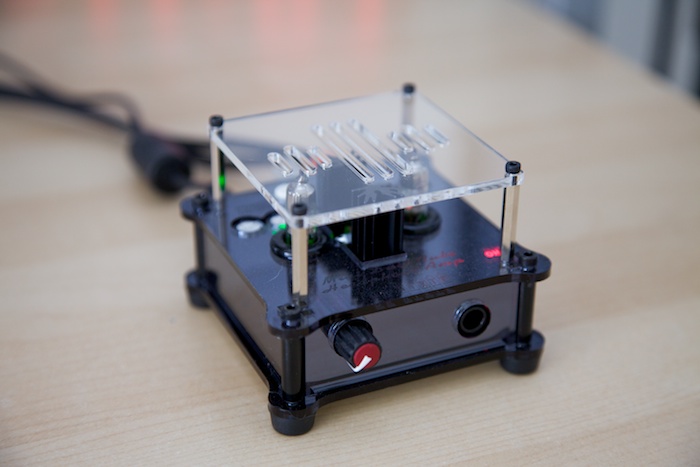 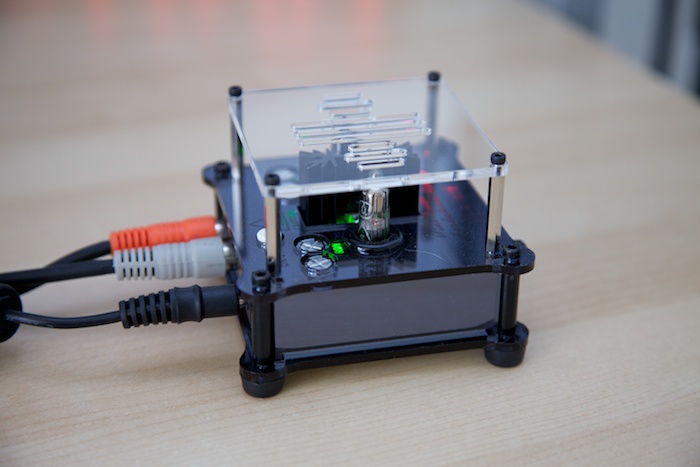 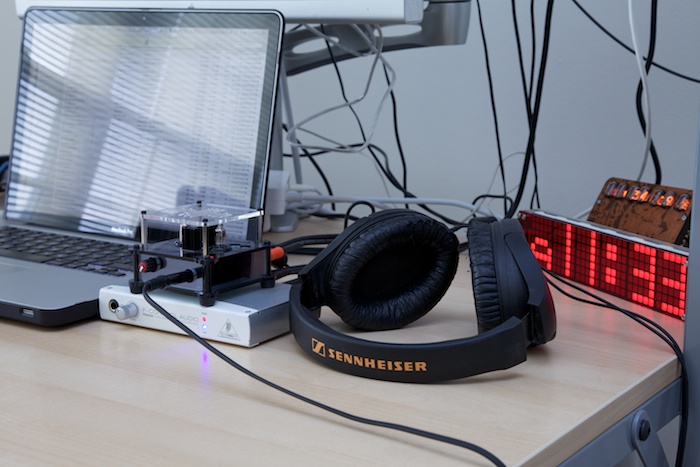 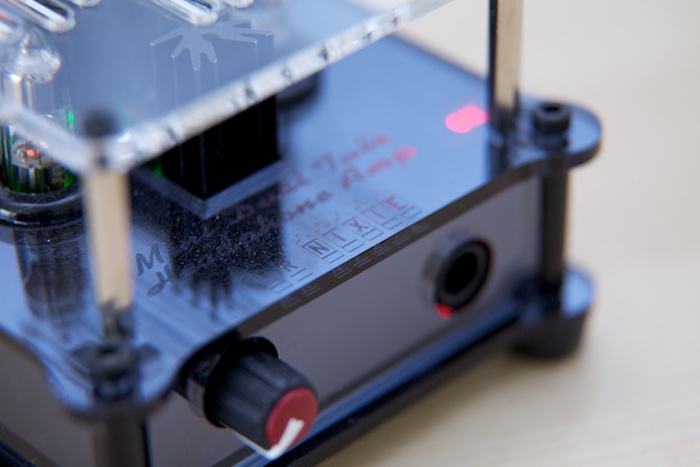 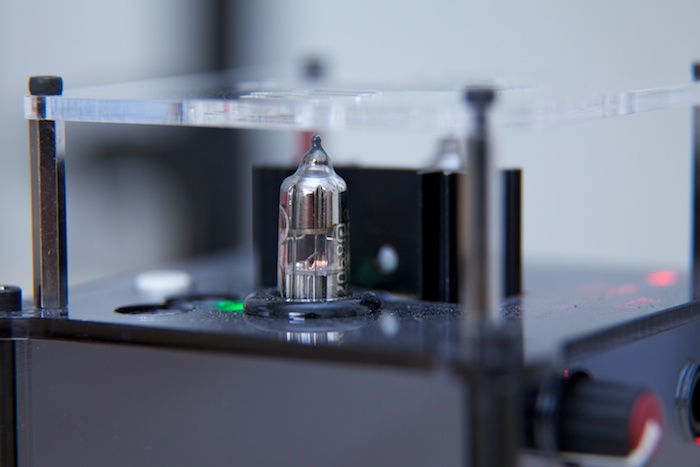 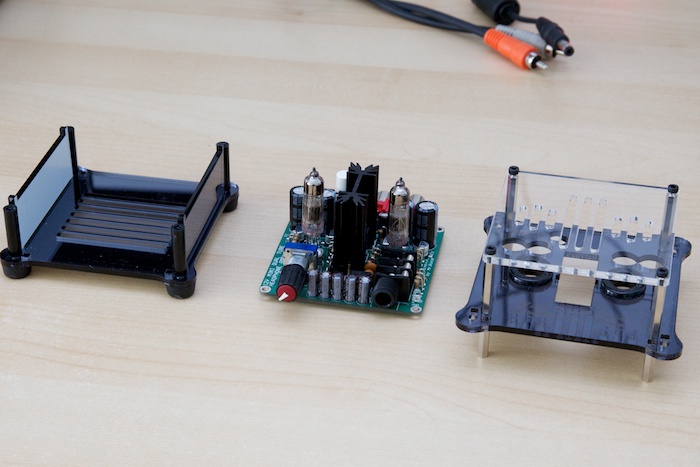 Jürgen shared this color coded photo of the original design on the bread board versus the final product.  It's quite an evolution!