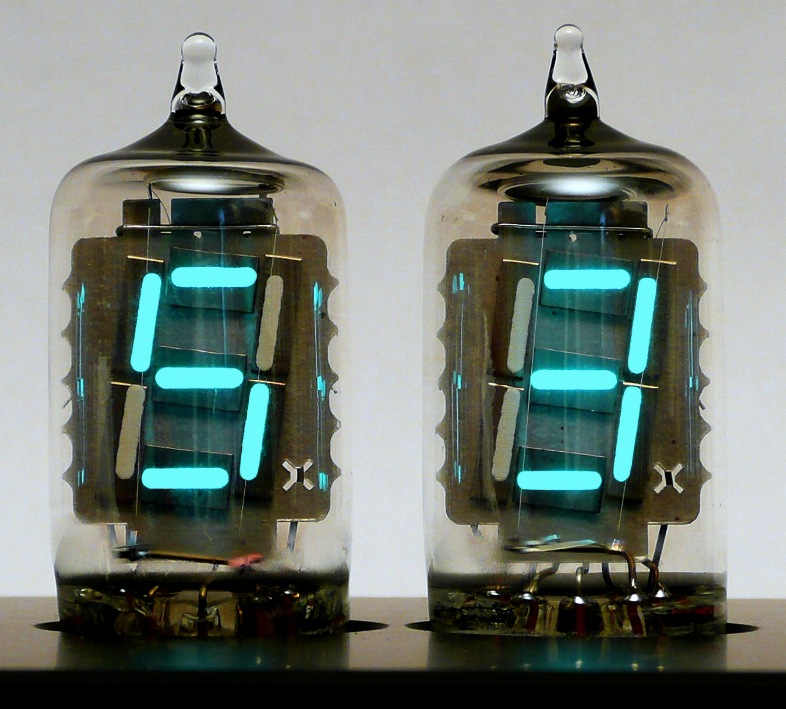 I am a big fan of Nocrotec's work and while doing my daily eBay search, I discovered that Dieter released a new VFD clock based on the GE-100 tubes.  I have no idea where he finds sources for some of the odd tubes but I have never encountered these in person let alone in a clock for sale.  These are easily the most elegant VFD tubes I've seen.  The individual elements are rounded giving the display a much softer look than normal seven segment devices.  Other than that, it appears to have the same specs as his other devices.  At $259, this is a solid buy.  Be sure to check out the links below for more information.