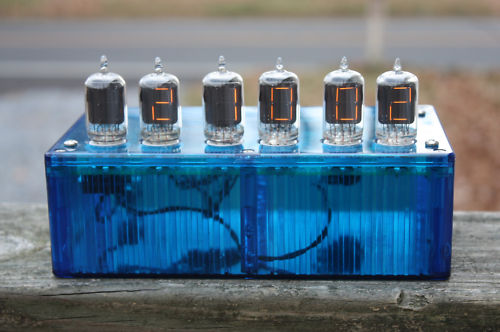 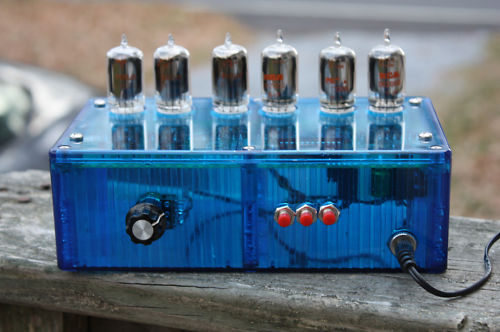 Cool Numitron six digit clock. Uses MM5314 70's clock chip, vintage RCA DR2000/2010 Numitron tubes. The Numitrons were predecessors to LED displays, and are actually incandescent lights. This clock is built on a professionally made circuit board, and has fast set, slow set, hold buttons on the back, and a control to dim the display. As you can see in the pictures, it's visible in sunlight. These tubes were used in gas pumps outside because they don't get washed out by the sun. The clock is powered by a 9 volt AC wall wart (included) and can be set for 24 hour time by removing a jumper, or 50Hz operation by cutting a jumper. The Numitrons tubes were removed from equipment, and one spare will be included, they plug into high quality ceramic sockets.