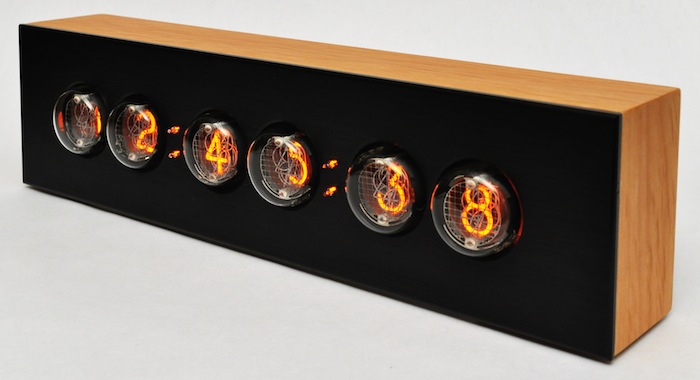 Dieter Waechter and YanZeYuan 严泽远 have teamed up to bring us a nice looking kit based on the Chinese QS30-1 nixie tubes. This clock features many of the design elements from Nocrotec's previous work - the LED back lighting for example looks identical to designs such as their IN-18 Blue Dream clock. The base is a combination of metal and wood and looks similar to many of the older Nocrotec nixie clocks such as the X2000.

In terms of features, the clocks supports both GPS and DCF77 receivers, anti-cathode poisoning, and several display effects. One of the more unusual features that is worth noting is the aux output jack that can be used to switch other equipment on or off. So, when your alarm goes off, this device can trigger other devices to activate (stereo, coffee maker, etc.) The output for the Aux is a +5V output so presumably you would need a relay or some other mechanism to switch larger loads.

This kit it sold in two parts: 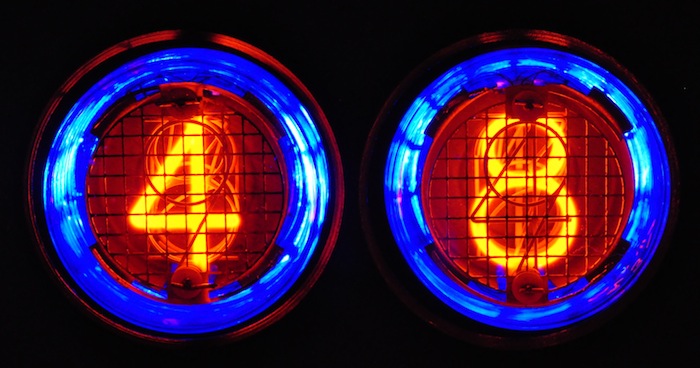 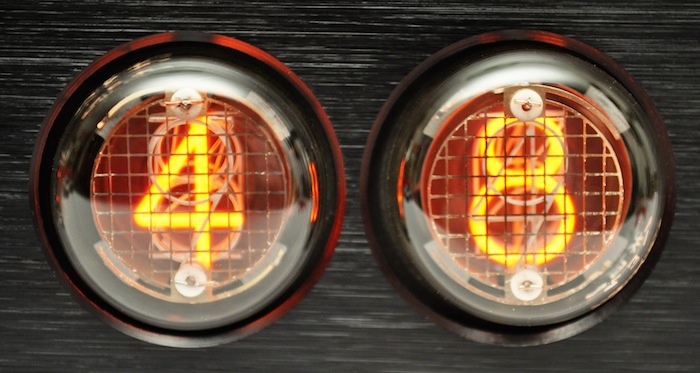 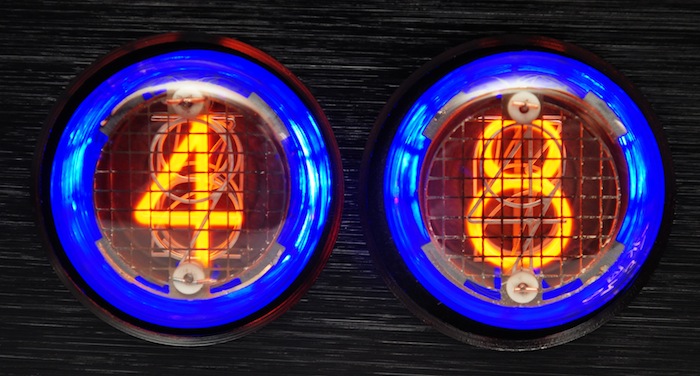 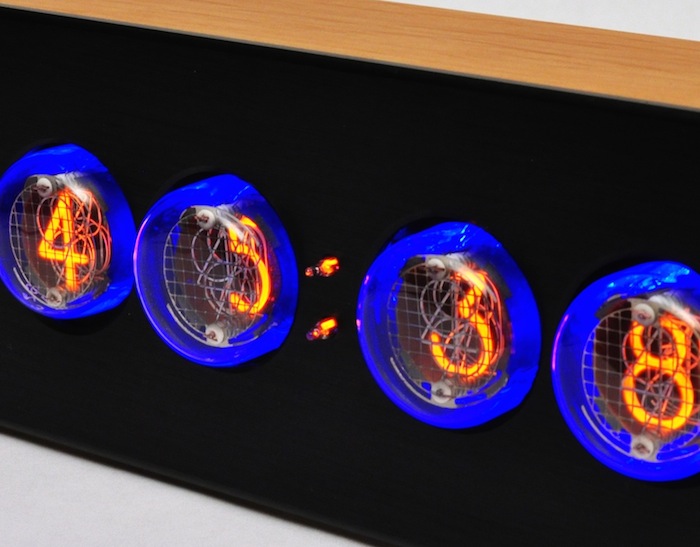 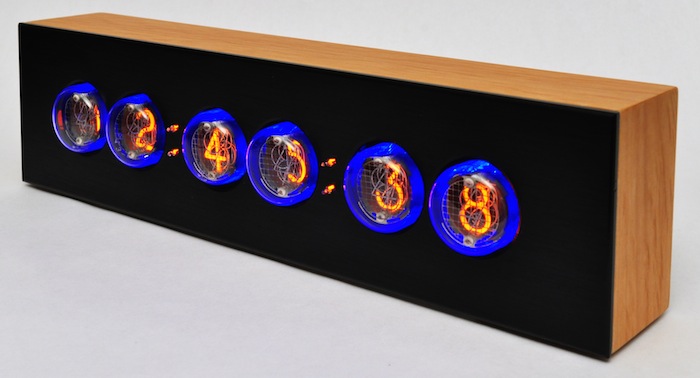 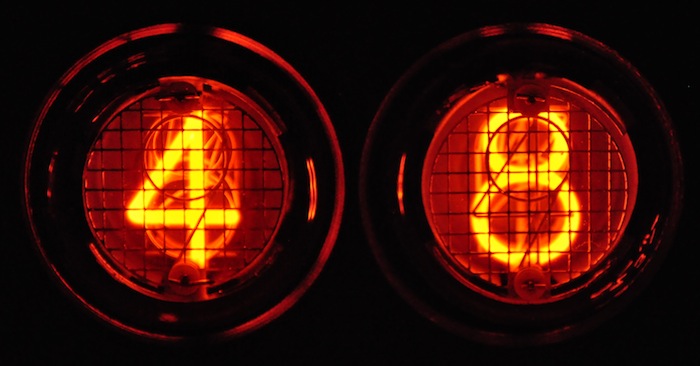