This is my clock.  I am the proud owner of the last one made according to the creator himself.  The display in this clock is a Russian Nixie tube called an IN-18 / ИН-18.  This is a really odd display.  There are 10 filaments inside of the tube.  Each one is shaped in the form of a number.  The tube is then filled with neon gas and a little bit of mercury to prevent cathode poisoning.    When ~180vdc is applied to one of the numbers, it glows.

Six of the IN-18 / ИН-18 tubes are used to display the time.  Like the Scope Clock, the time is set via GPS but a built in clock keeps the clock going when a signal cannot be located.  The tubes are some of the largest that were produced in quantity which adds a collector value to the clock.  Since they do wear out, I have a second set stored in a hard Pelican case. 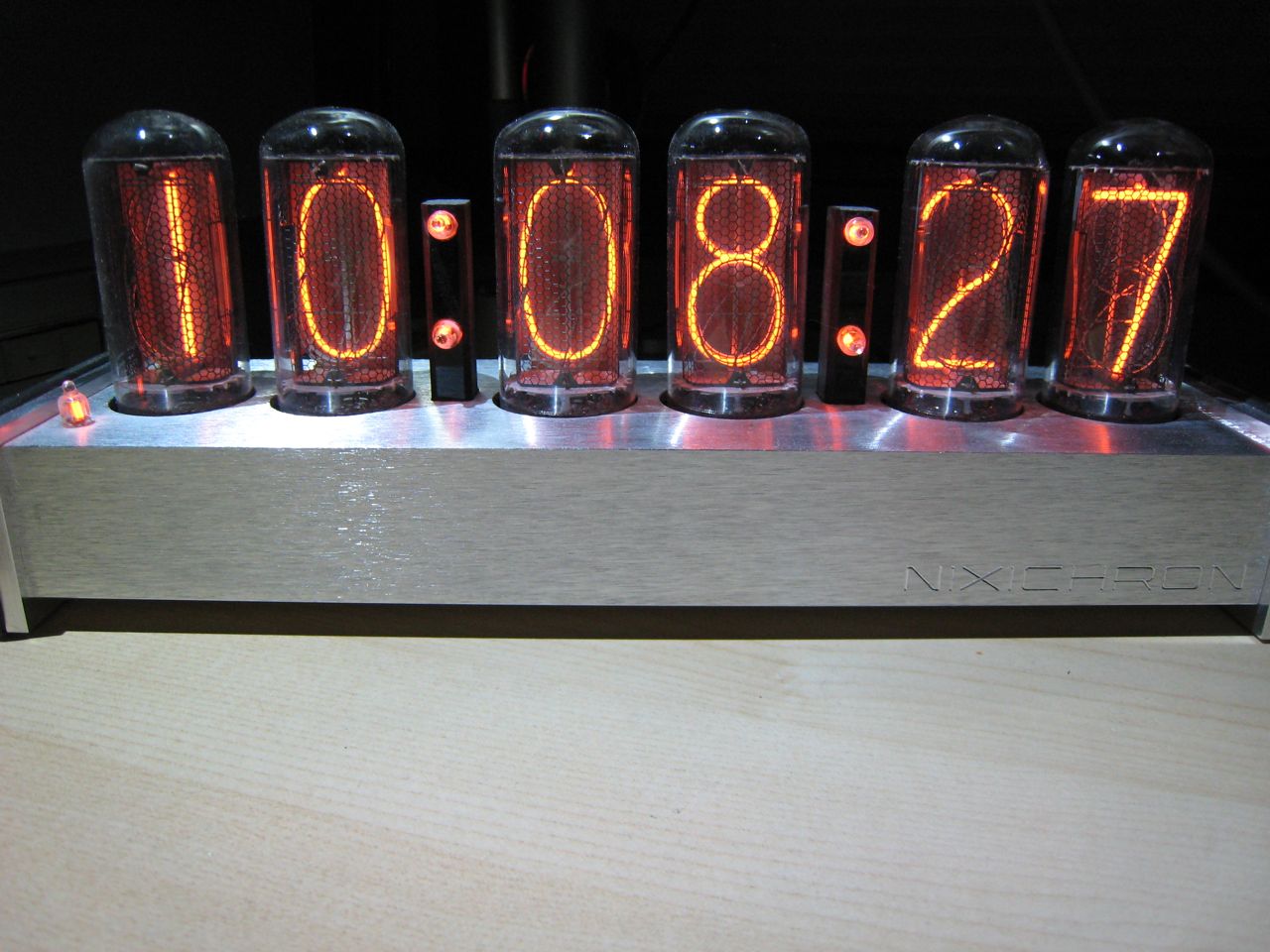 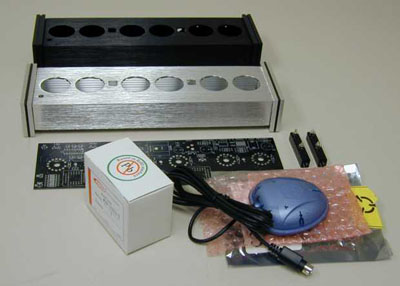 Thanks to Michael for the update!

+8 #1 Guest 2010-01-11 02:46
In early January 2010, I assembled my second Nixi-Tube clock kit made by Jeff. The NixiChron kit was one of the best developed kits I've ever seen, and the results were magnificent. The GPS receiver included in the kit is awesome as well - easily capable of getting a GPS lock in my office where others could not.

Build suggestion: Use a bright white LED for the 1 pps LED and add 2" leads to it. Then aim the LED at the base of the 1 second Nixi tube hole in the circuit board so that it shines into the glass nipple at the base of the Nixi tube. It's not too bright, but it does look very nice, and it allows you to easily see the 1 pps pulse just by looking at the base of the tube. This clock is awesome.
#2 Guest 2011-03-09 22:50
Hello,

Just note to ask you for your email address, as I am interested to order the nixie clock from you. I do have a query in regards to nixie tubes and your advice to interfacing it with oscillator. looking to hearing from you, teng-lam
#3 DrBruce 2012-10-21 17:52
Nixichron is a fantastic clock! The clock settings are very user friendly and the IN-18 tube is, IMHO, the best display for a nixie clock. I have another clock running the larger B-7971 tubes, and to be honest, I like the aesthetics of this one better. My Nixichron has been running for over 7 years without a hiccup - even through power outages. Take my advice and buy one while they are still available...
Refresh comments list
RSS feed for comments to this post
JComments