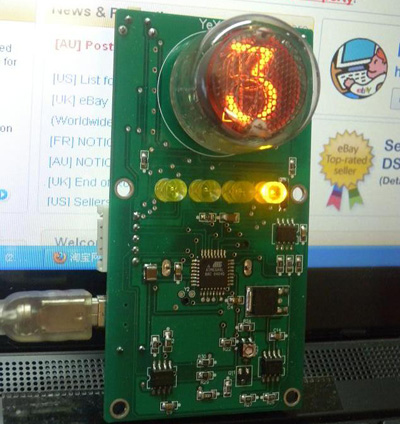 +1 #1 Guest 2010-01-21 18:45
Hi Brain,
Thanks for your review and suggestions.
Yes, it is connected by mini-USB port.
I was considering to make a basic acrylic case before, but failed to spare any time. Anyway, you reminded me of its enclosure, I will try to do this.
By the way, The "Buy It Now" price is currently 35 SGD (Singapore $), which is approximately 25 USD. That is zero profit, actually negative profit because I forgot to include eBay fees... The price will definitely increase later.
Thanks,
Mac
#2 Guest 2010-01-21 18:50
Mac -
Thanks for the info, I'll update the post. I found the Buy It Now one but it is only available to ship to Singapore. I'm already bidding on the other one that will ship to the United States.

Hope this works out for you - I like the work!