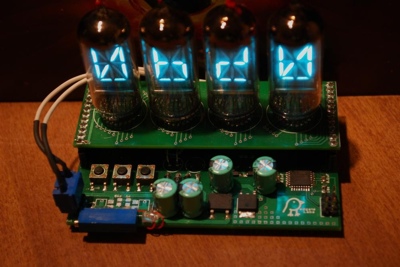 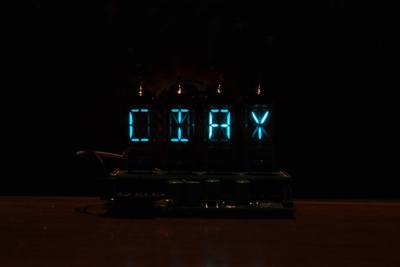 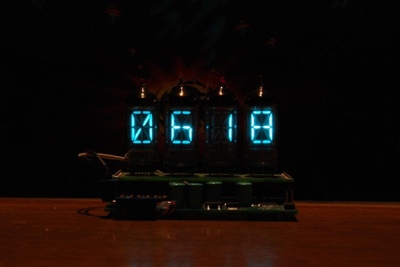 This clock is based on Vacuum Fluorescent Display tubes.  They are a seven-segment based display like most led clocks but these are quite a bit different.  For starters, this clock costs nearly 100x as much as your normal department store clock.  The digits have a beautiful cyan color and the design of the tube allows you to see the inner workings.  Image and brief description are from Nocrotec 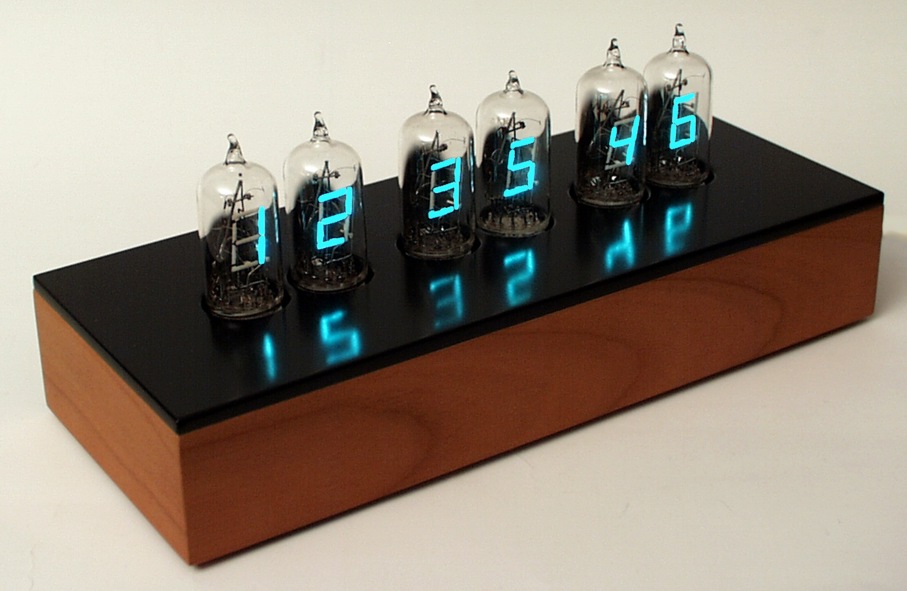 - Digit height: 0.6″ (15mm)
- 12/24h mode
- Date in configuration DD.MM.YY or MM.DD.YY
- Leading zero suppression: The leading zero can be blanked or shown
- Cross fading: different modes to fade the digits from one number to the next
- Alarm clock
- Power down mode: tubes and supply can be totally switched off for a user programmed period in order to save energy and increase life expectancy of the tubes
- 12VDC input voltage
- Time is battery buffered when no line power is available; battery will last for more than 10 years
- User settings are always stored
- Case made of massive cherry wood and shiny black anodized aluminum as used for high-end audio equipment.