By Torsten B. / Germany 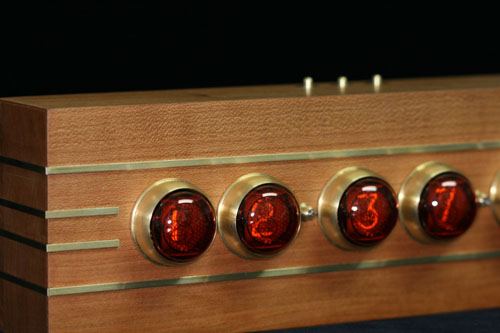 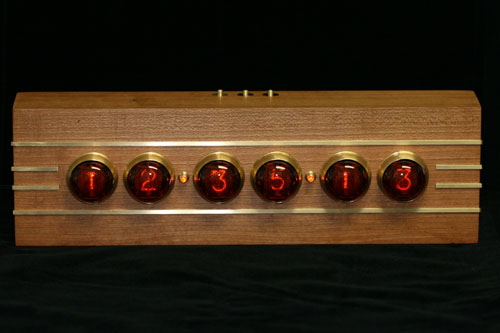 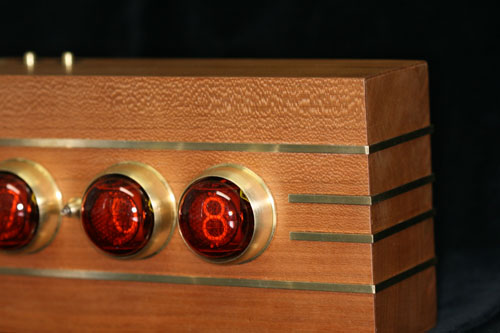 (Images used with permission. Thank you!) 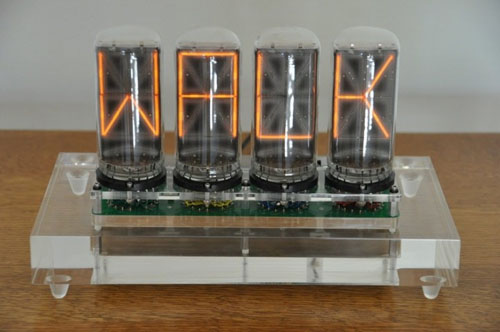 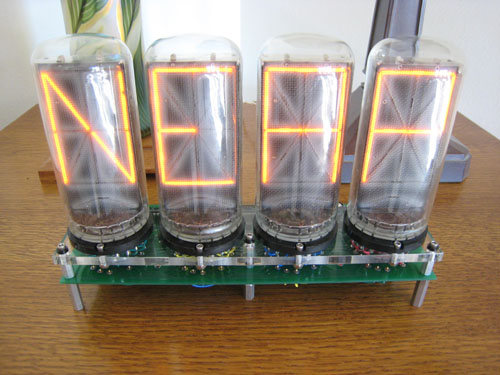 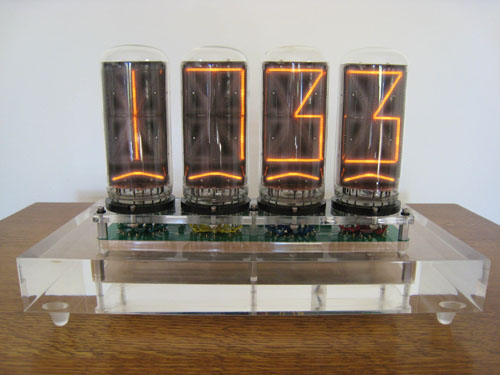 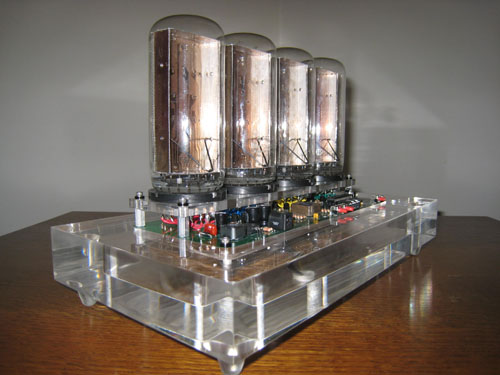 The Acrylic Nixie is more than a clock, it is a random four letter word generator modeled after the Ray Weisling creation called the Four Letter Word Clock. Unfortunately, Weisling has angered a lot of folks in the Nixie ‘community’ by reneging on numerous transactions, so his clocks are basically no longer available. The electronics used here are a kit designed by Peter Hand in Las Vegas, NV. IMHO this is a superior product to the original for several reasons. The design is much simpler (both clocks are multiplexed) and yet it is just as full featured as the FLW. It incorporates a SuperCap back up so you don’t have to reset the clock when the power is interrupted, it has an option whereby you can connect a motion sensor to turn the unit on/off when someone enters the room (essentially a tube saver), it actually has a larger word library than the FLW and it has some nice animated transition effects between words like a ‘slide’ from the top/bottom/right or left and a ‘razzle dazzle’ transition too.

(Images and text a owned by Miachel B. and used with permission.  Thanks for sharing!)

Josiah H. has another great clock that he made - a blue-phosphor neon lamp based binary clock.  It is a 6 by 4 display of neon tubes that are directly driven to avoid dimming due to multiplexing.  The design is based on the ATmega328 and we developed on an arduino.  He event was as far as writing all of the software himself including the clock/timekeeping arduino libraries that are available.   As far as driving the displays go, a 24 bit shift register drives a series of MPSA42 NPN transistors to actually drive the displays.

As usual, he has a great writeup on his site. 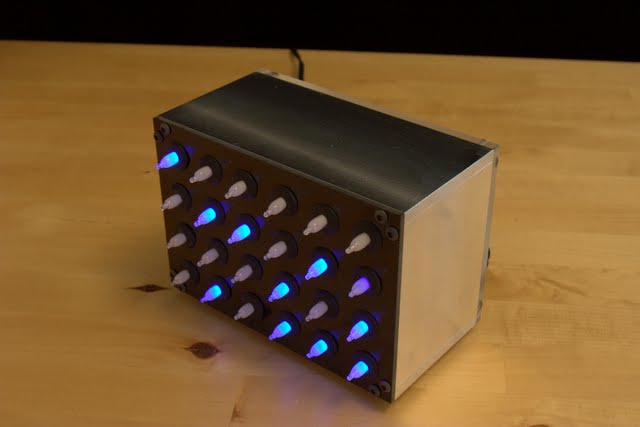 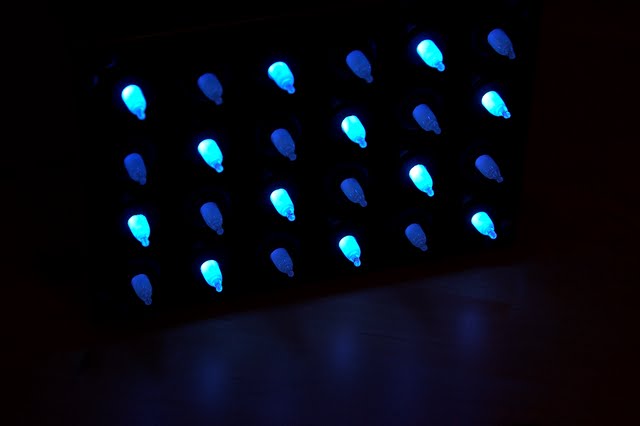 Talk user John (greyfox) sent in a nice enclosure that he built for his single digit Nixie clock from Turbo_Hobby.  Additionally, he replaced the SZ-8 tube with a more common Z650M.  The top and bottom are .64 gauge aluminum for weight and the sides and back are .32 aluminum.  I'm impressed: 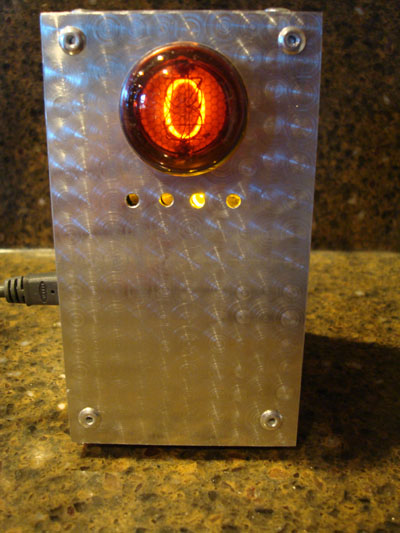 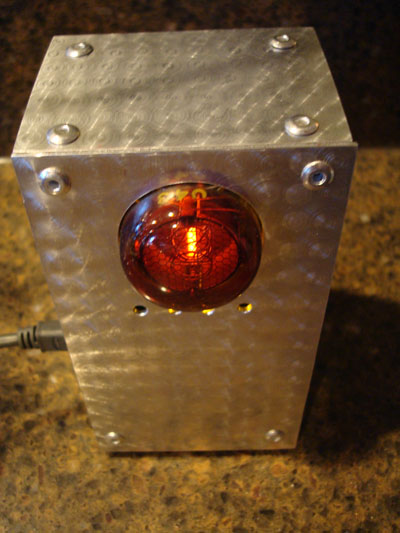