A couple of the latest clocks off the bench

Less More
3 years 9 months ago #9136 by Scott
Replied by Scott on topic A couple of the latest clocks off the bench
Hello Ty,

I had this idea in my head for a couple of years and turning it into reality was always an ambition for me. I am glad it turned out the way it did and I am going to be loathe to part with it as my wife says I have too many clocks already!
Surely 5 clocks is not too many?

Marvin41 wrote: OK, I understand why you have little time left

I would also like to use some equipment from your workshop because I just miss the larger machinery.
but I am working on it.
Thanks for the link there are some things that I had not clarified in my next project, e.g. The connection of the IN-18 board by Pete I also have a housing from the 3D printer where I can not have the Nixies on board as well as a bamboo Nixie Clock also for it is usable.

because it needs 240V (so I would have had to put in wiring for it), I would have had to get it out of a basement, which probably meant figuring out how to take it apart, and because, really, I have no idea how to use it! I got lessons on a Bridgeport once and was left pretty wary of going near one again.

The guy had a metal-working lathe too!

I need to find someone like this while they are still alive, so I can get some practice on the machines. I'm already seeing the limitations of the drill press I have, and I've only really used it a handful of times. The table is too small to easily set up a jig, there is some side-to-side play in the head and the end stop forces the head to one side a little when it hits the stop.
- www.nixies.us/

Less More
3 years 9 months ago #9152 by Hartmut E.
Replied by Hartmut E. on topic A couple of the latest clocks off the bench
Hello judge,

sometimes you realize afterwards what a chance life offered.
Always look forward to see you and continue to live

old machines of that kind often need a lot of rebuilding to get them back to the accuracy that they once had but they are a good investment for any workshop. Often older equipment was better made and made to last as well. As milling machine like that would make any parts fabrication a pleasure.
The hobby lathe and milling machine that I use are nowhere near perfect accuracy as there is a lot of slop in the travels but I am well used to their idiosyncrasies by now and can compensate for them. I took apart the DROs on the lathe today as they had stopped working a while back and now have them running again so it can stop using the 6" ruler for sizes now!
I am self-taught with the equipment I use and can now more or less make any part I need for my clocks. One of the indispensable accessories I bought was a rotary table and a set of indexing disks for it. I only have one 3 jaw chuck that I share between the lathe and milling machine but I get by.
It took a good few years to build up my tool collection and one thing I really must do is buy a temperature controlled soldering iron as my little Antex has seen better days but is still up to the task! 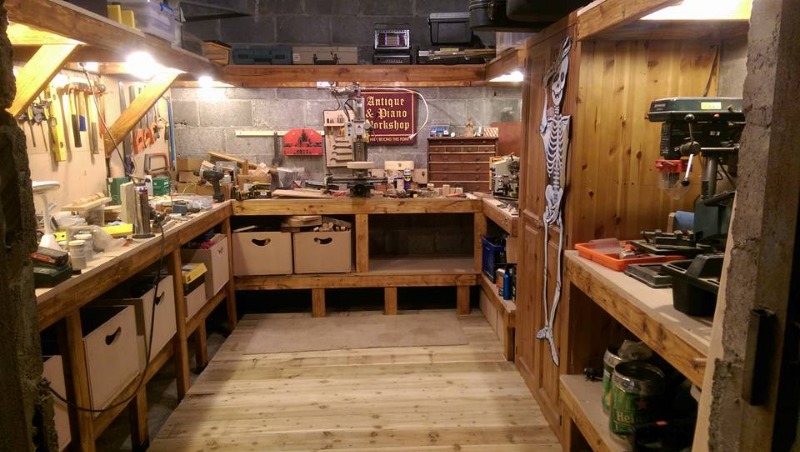 Less More
3 years 6 months ago #9641 by jonboy
Replied by jonboy on topic A couple of the latest clocks off the bench
That’s a great use of Venetian blind wood, I really like that.
That’s the design for my next build!!
Great work